What is in the 'vaccines'?

To begin with, there is a page at https://www.health.qld.gov.au/news-events/news/whats-really-in-a-covid-19-vaccine which tells us that:

" The ingredient list in a vaccine looks a little more complicated than a packet-mix birthday cake, so it can be a little intimidating at first. But don’t fear, we’ve got all the information you need to make a safe and informed choice."

It goes on to inform us that:

"The main ingredient in all vaccines is plain and simple water." Whew!!!!

Once you have read this far (and its not very far) you may feel like there is not much more to know - however for the more curious the information continues and certainly does become a "little more complicated" - in fact it is absolutely horrific..

Click/tap to see a list of actionable documents and instructions >>

FOIs reveal that health/science institutions worldwide (incl. AU) have no record of SARS-COV-2 isolation/purification, anywhere, ever >>

Join the Free Australia Today crew & include your mobile number so we can easily share fresh content with you.

Hit the yellow FAT button in the menu or sidebar to login or register.

If you have shopped in our store or created a FAT Social Media account then you are already a member. You can login and use the social media tools. Pre-created groups include: Children’s Education, Skills Sharing, Suppression Orders, Health & Remedies, Sovereignty, QLD Real Estate Ownership, Common Law, DPE Fund Raising, Prayer, Meditation, Health & Wellness, How to…?, Friends with Farms, General Prepping, Gardening & Food Production, Defence & Protection, Provisions & Food Supplies, A Stand in the Park (Noosa QLD), and a General Forum to get you started.

Free Australia Today membership also means you have access to our 'friendly' (allied / red pilled) business directory. You can list your own business or service there, add providers you feel deserve a plug, and find businesses that are on board for us all to support and trade with.

We have a few other social media accounts and websites that we post on and monitor.

All of the below Acts and Laws protect Australians from EVERYTHING the State and Federal governments and their agents, agencies and employees are trying to enforce as "mandates", "directives" and so called "laws". Reading and understanding these will empower you to speak with truth and confidence when challenged and act accordingly. 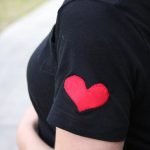 Thanks to our fellow freedom fighters in the Netherlands. Wear your heart on your sleeve - find a piece of red fabric (felt is good), cut out a heart shape, pin it to your sleeve - its that simple..

Every time we see each other with a heart on the sleeve we will be sharing solidarity and identifying ourselves to each other.

If you are crafty souls - make lots of them and give them to your awakened friends, colleagues, and loved ones. 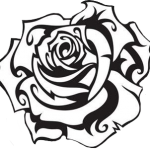 The White Rose is a movement that originated in Germany as a movement of resistance and protest for students in 1942 against the Nazi regimes oppression and brutality. 'Weisse Rose' was a non-violent, intellectual resistance group lead by brother and sister Hans and Sofie Scholl.

In 1942 the lives of average civilians were monitored for any deviation from absolute loyalty to the state. Even a casual remark critical of Hitler or the Nazis could result in arrest by the Gestapo. The young people were motivated purely by idealism, the highest moral and ethical principles, and sympathy for their Jewish neighbors and friends.

During the summer of 1942, Scholl and a friend composed four leaflets, which exposed and denounced Nazi and SS atrocities, including the extermination of Jews and Polish nobility, and called for resistance to the regime.

The leaders of the group were denounced and arrested by the Gestapo for opposing the Nazi regime. They were tried and subsequently executed as 'political traitors' on 23 February 1942.

In 2021 White Rose activities are once again being undertaken in good conscience by souls across the world. Click here to find out more >>

What is Free Australia Today? >>